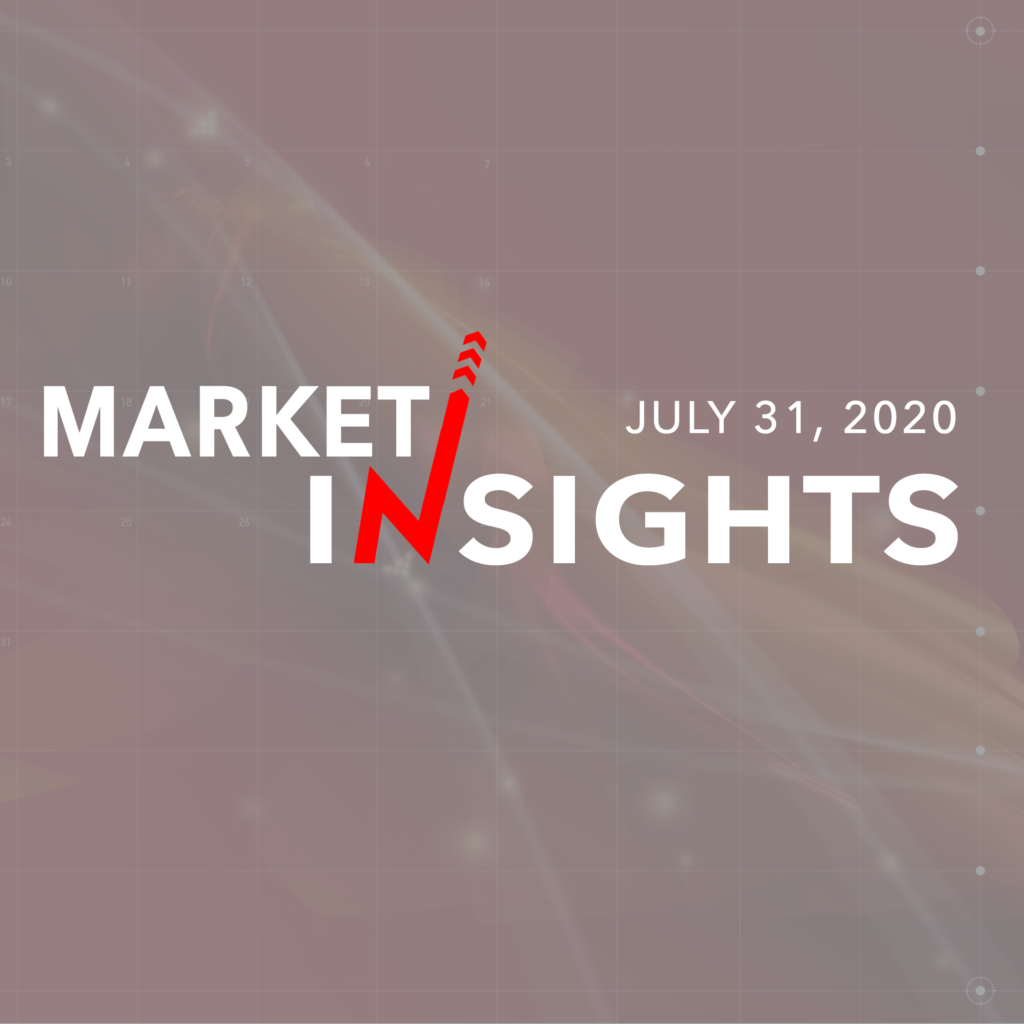 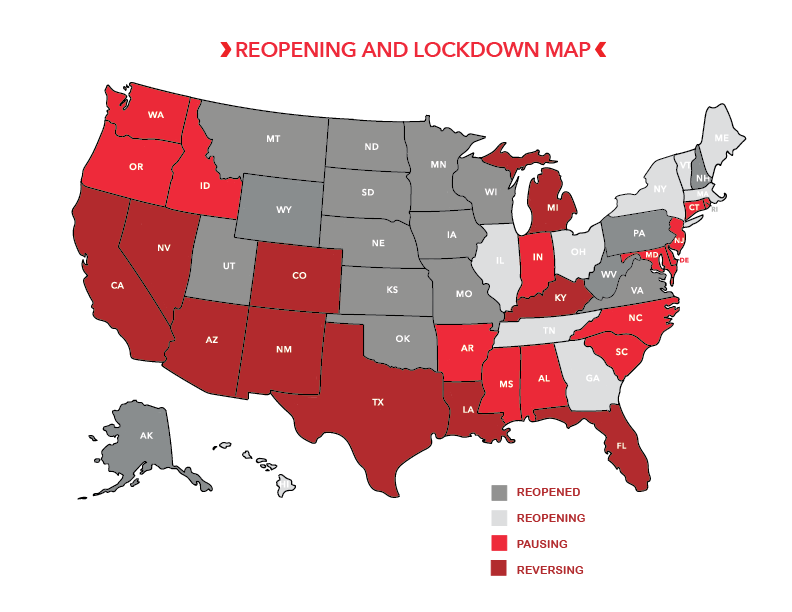 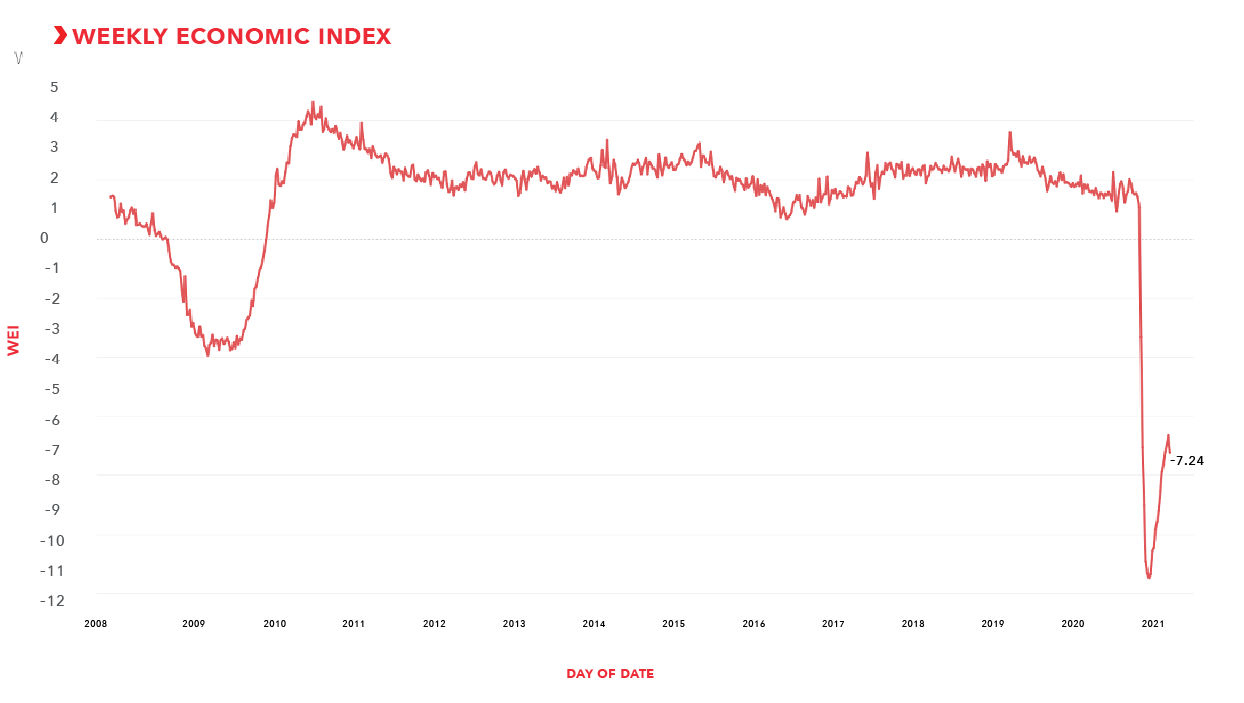 **This data is pulled from the New York fed**

Taken from the United States Department of Labor, the data below shows the initial unemployment claims from each state. When looking at week-over-week change, it is evident that just about half of the states are seeing a rise in claims whereas the other half is seeing a decline. The big outliers one can see are California and Georgia, which each had a week-over-week change of around 40,000 less claims than the week prior. 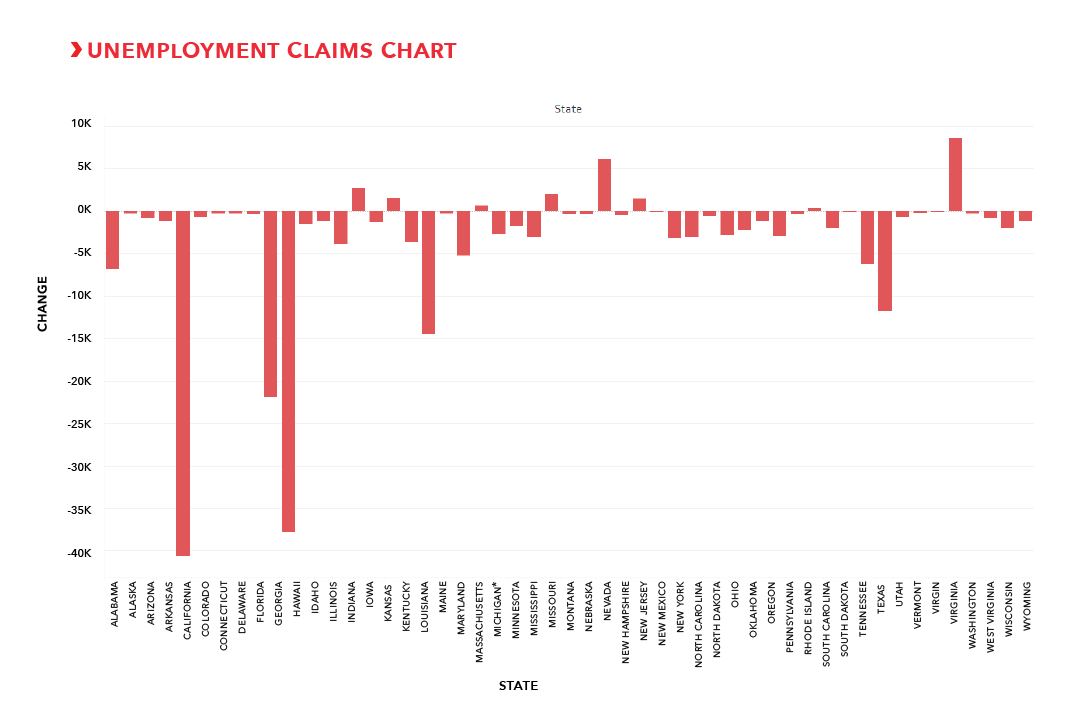 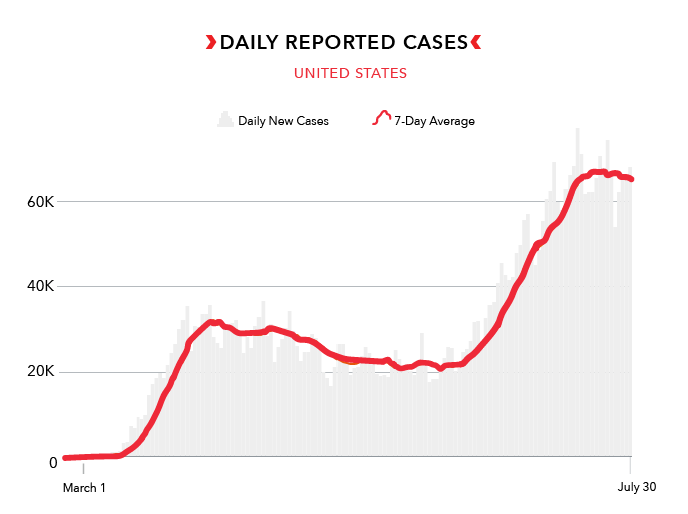 Listed below are the statistics, as of the week ending July 25, for states that are re-opening and have 5,000+ confirmed cases within the state. These figures will change as the states continue to ease their restrictions, meaning next week’s update will most likely show a different picture than the current data. 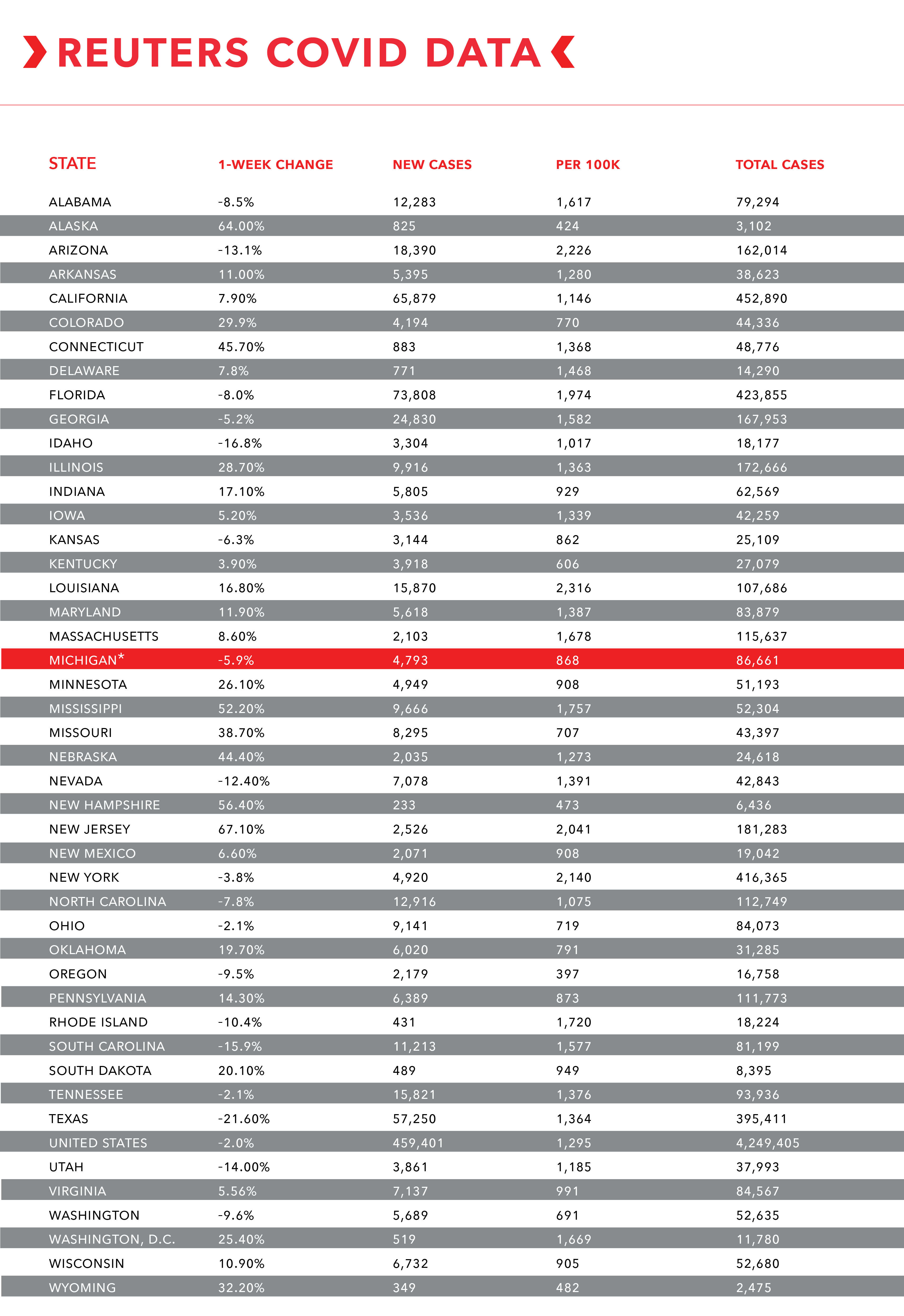 For a visual reference of all states, the graphic on the following page shows new cases per week for every state in the U.S. The orange line represents new cases, and the blue bar represents a decline in cases for 2 consecutive weeks. Furthermore, the graphs are laid out where the state is located geographically in the United States. 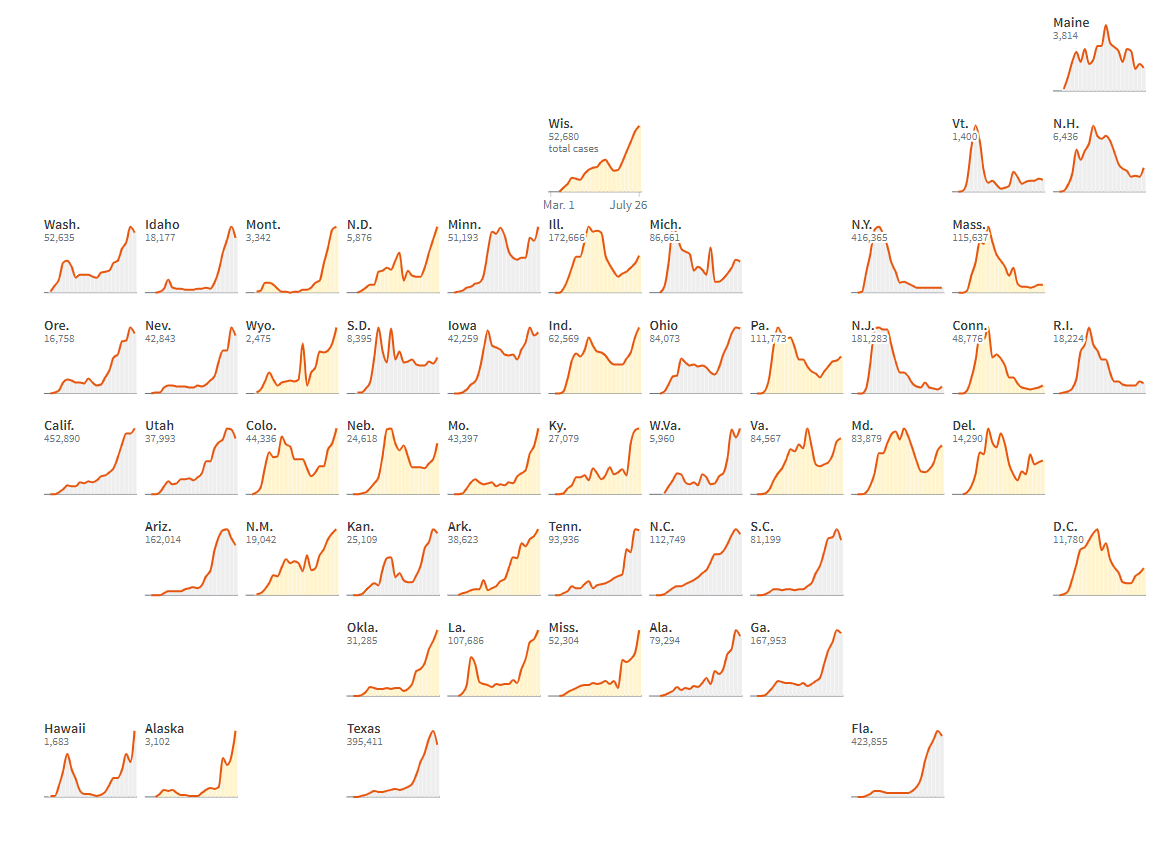