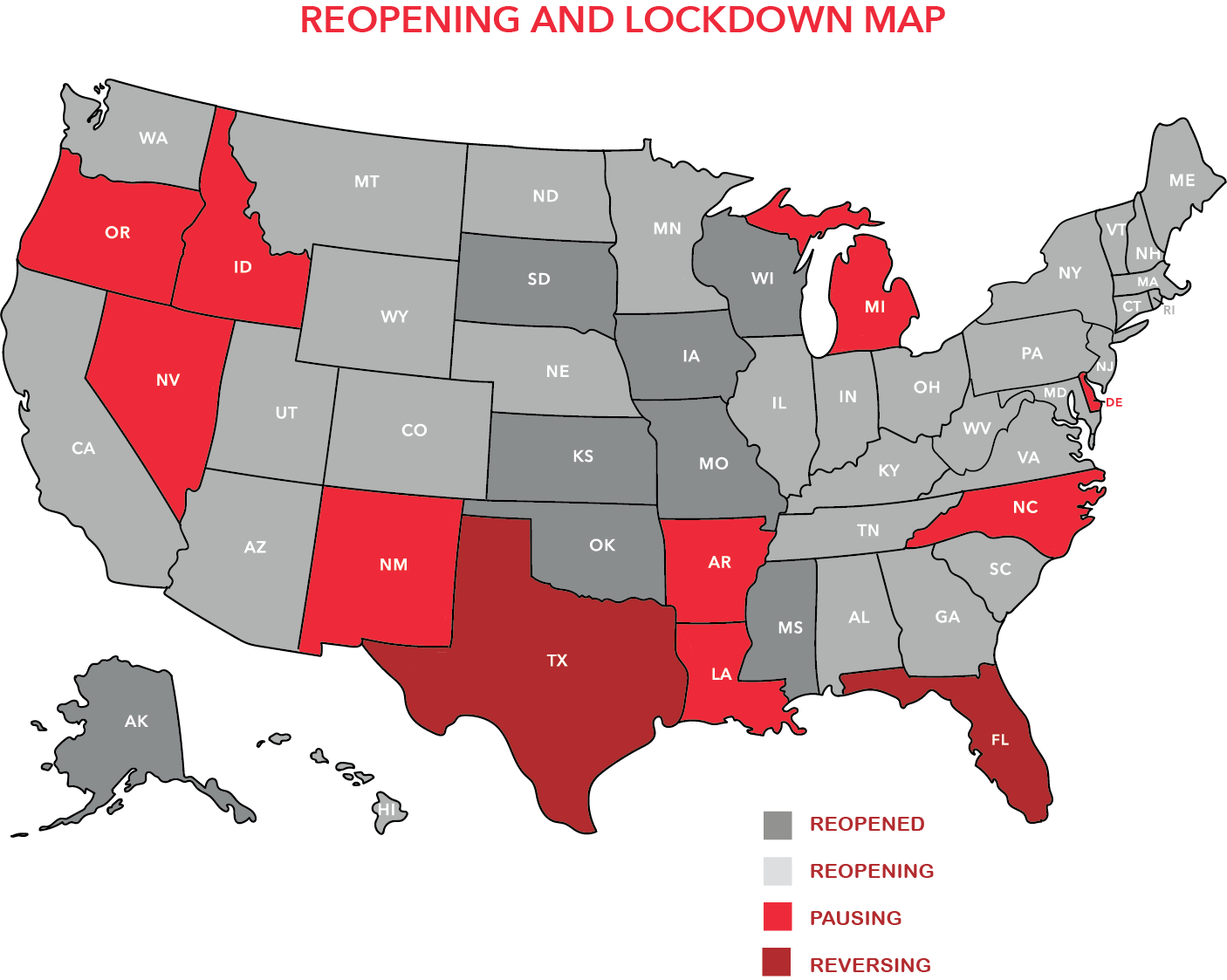 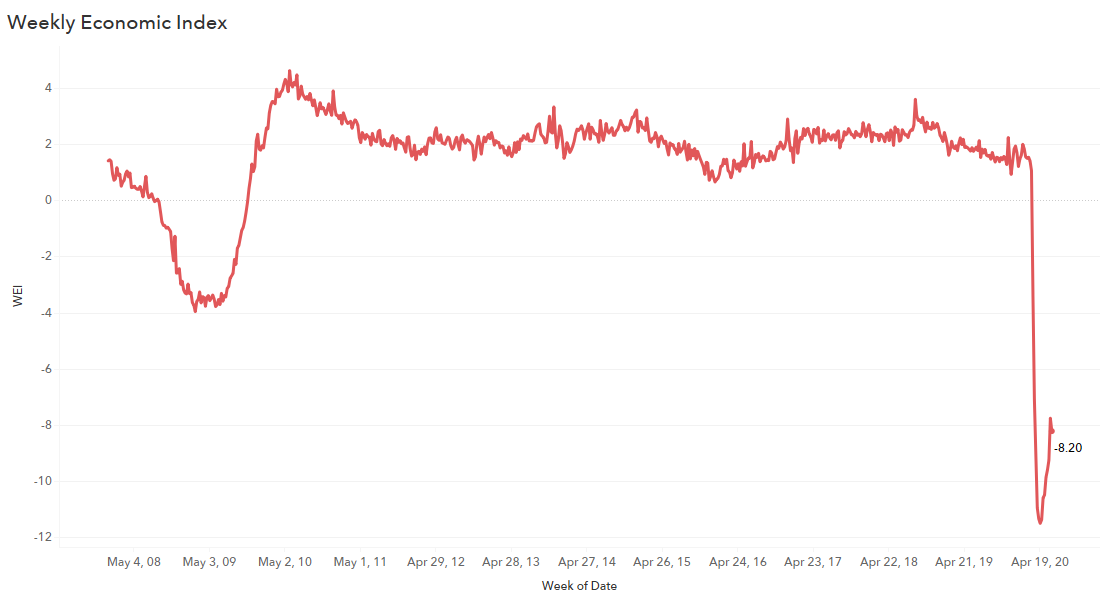 Taken from the United States Department of Labor, the data below shows the initial unemployment claims from each state. When looking at week-over-week change, it is evident that just about half of the states are seeing a rise in claims whereas the other half is seeing a decline. The big outlier one can see is Florida, which had a week-over-week change of 95,546 less initial claims. 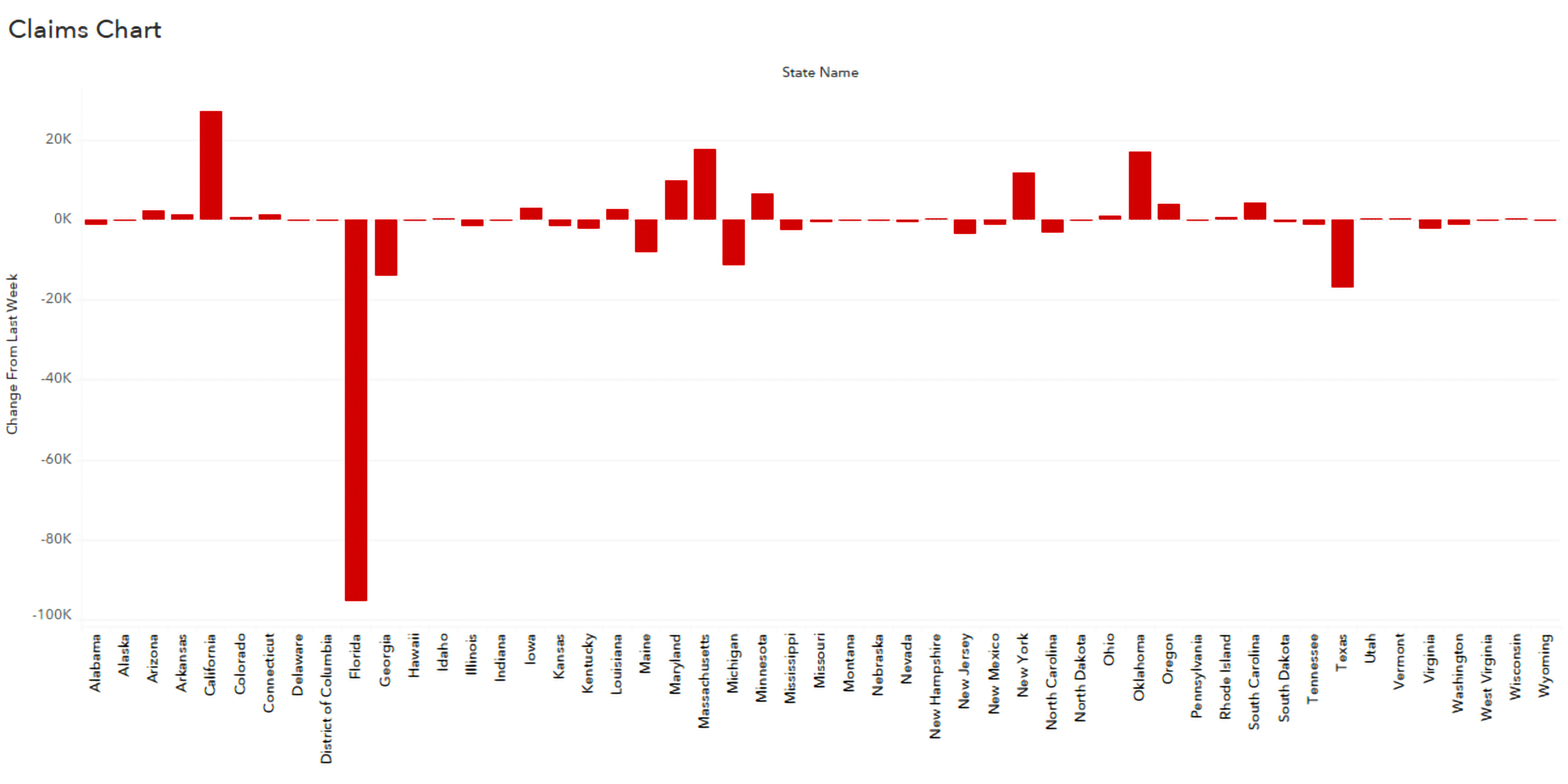 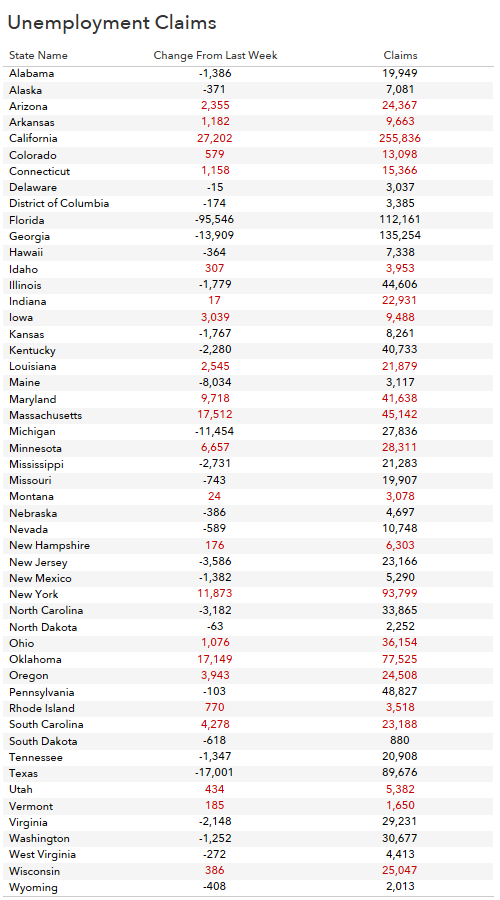 The following data has been taken from Reuters and represents the current 7-day average of COVID-19 cases currently in the U.S. Since the reopening of many states, cases have started on the rise once again. Some of the biggest surges are occurring in Arizona (90% increase w/w), Florida (87% increase w/w), and Texas (84% increase w/w).

According to the analysis of data from The COVID Tracking Project, a volunteer-run effort to track the outbreak, 25 U.S. states reported more new cases last week than the week prior. This includes 10 states that saw weekly new infections rise more than 50%, and 12 states that posted new records. 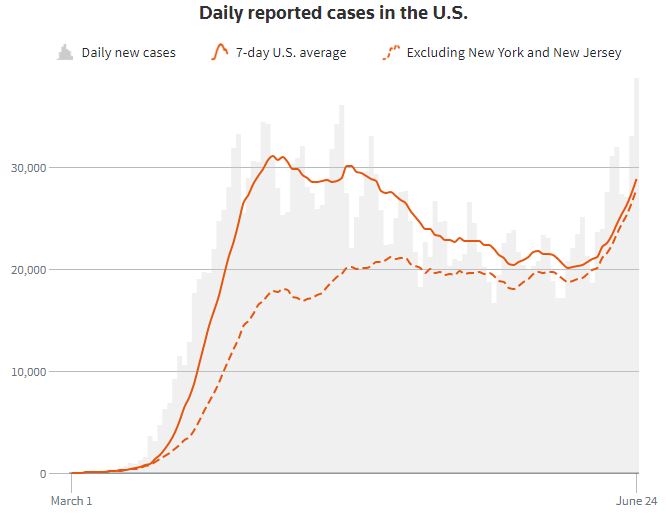 Listed below are statistics, as of the week ending June 20, for states that are re-opening and have 5,000+ confirmed cases within the state. These figures will change as the states continue to ease their restrictions, meaning next week’s update will most likely show a different picture than the current data. 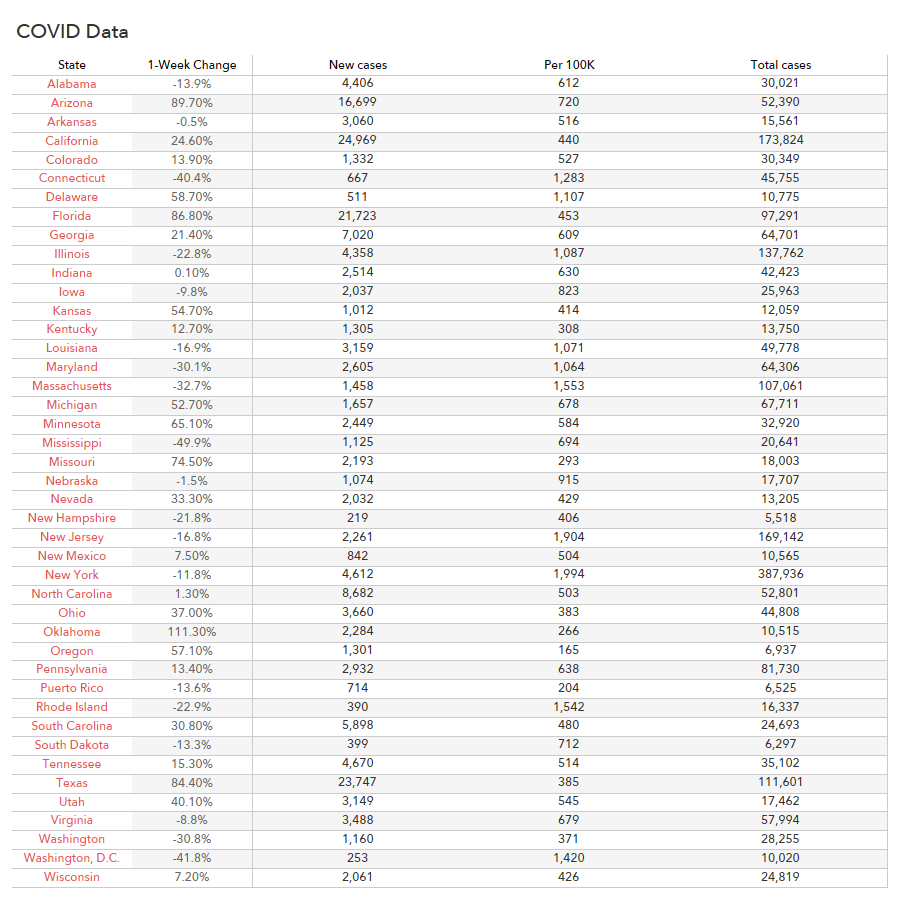 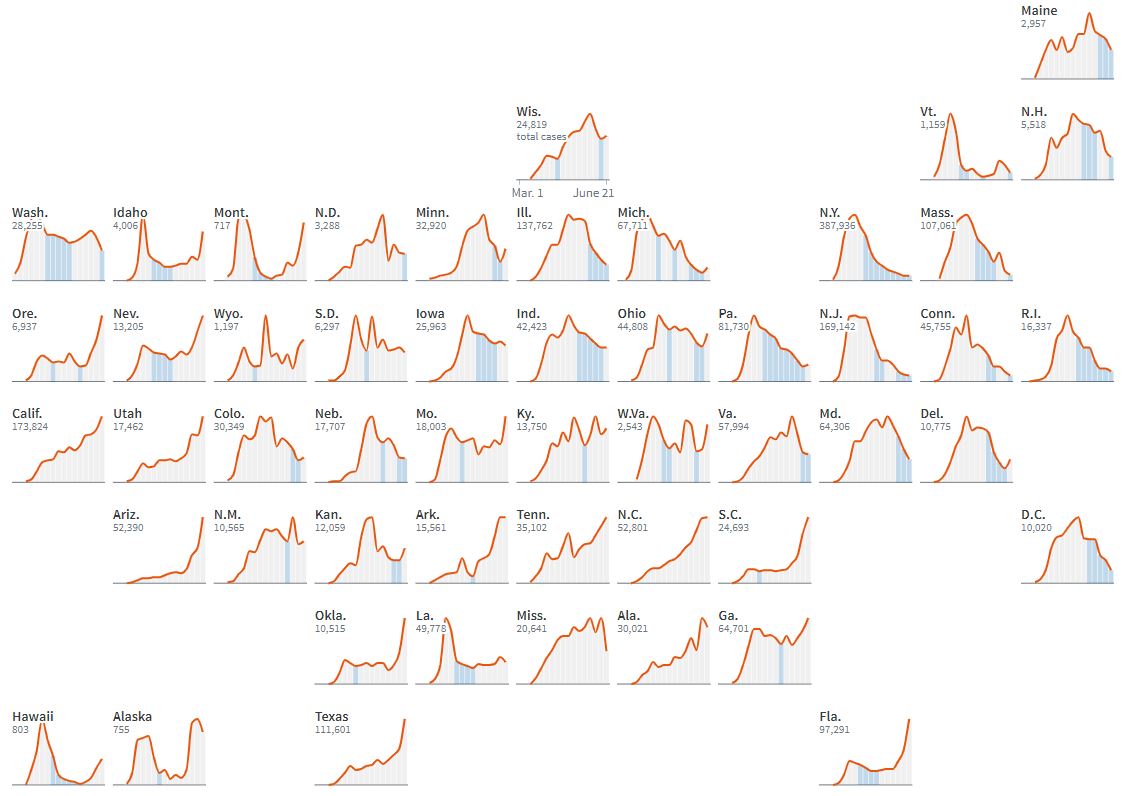