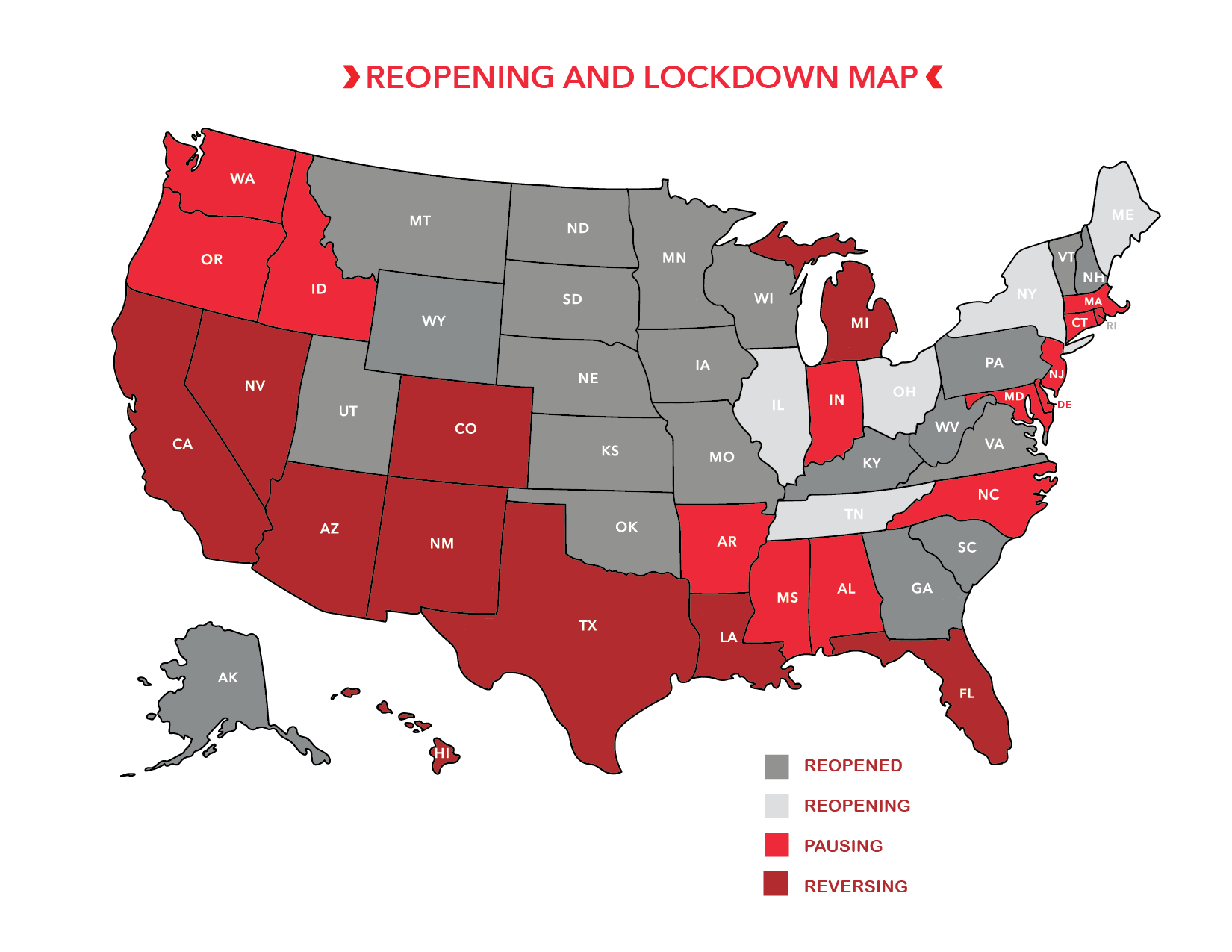 The Weekly Economic Index (WEI) is a measure taken from the Federal Reserve Bank of New York. Essentially, this takes data from past quarters, most recently Q4 2019, and compares it to similar data from this quarter on a weekly basis to give an estimation for where GDP currently stands. It is not a precise measurement, but it is known to be fairly accurate. This is an overall measure, and therefore, covers the United States as a whole. This can be deemed as an acceptable starting point  for looking at the current economic standing. 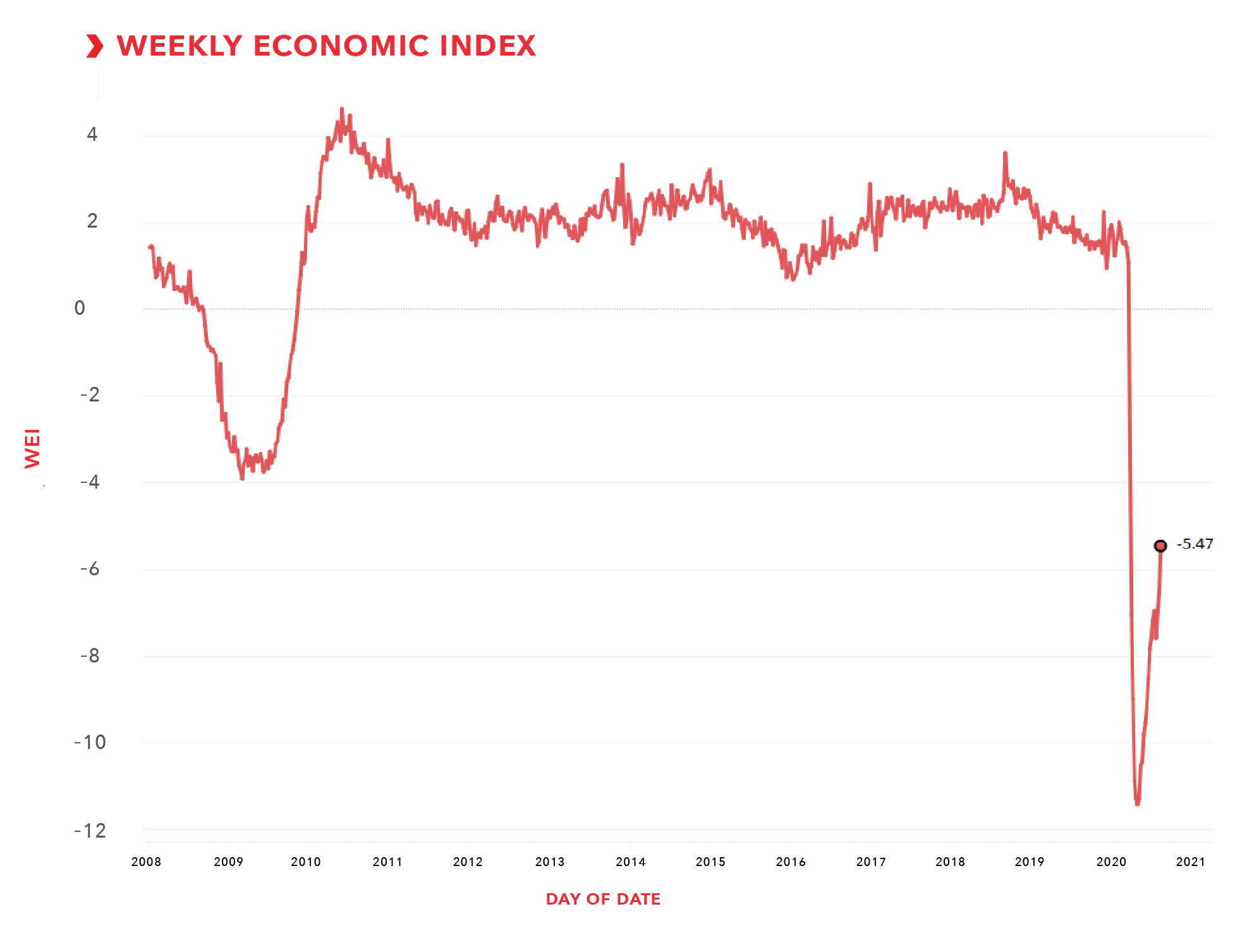 **This data is pulled from the New York Fed**

Taken from the United States Department of Labor, the data below shows the initial unemployment claims from each state. When looking at the week-over-week change, it is evident that just about half of the states are seeing a rise in claims whereas the other half is seeing a decline. The big outliers one can see are Florida and New York, which each had a week-over-week change of over 20,000 fewer claims than the week prior. 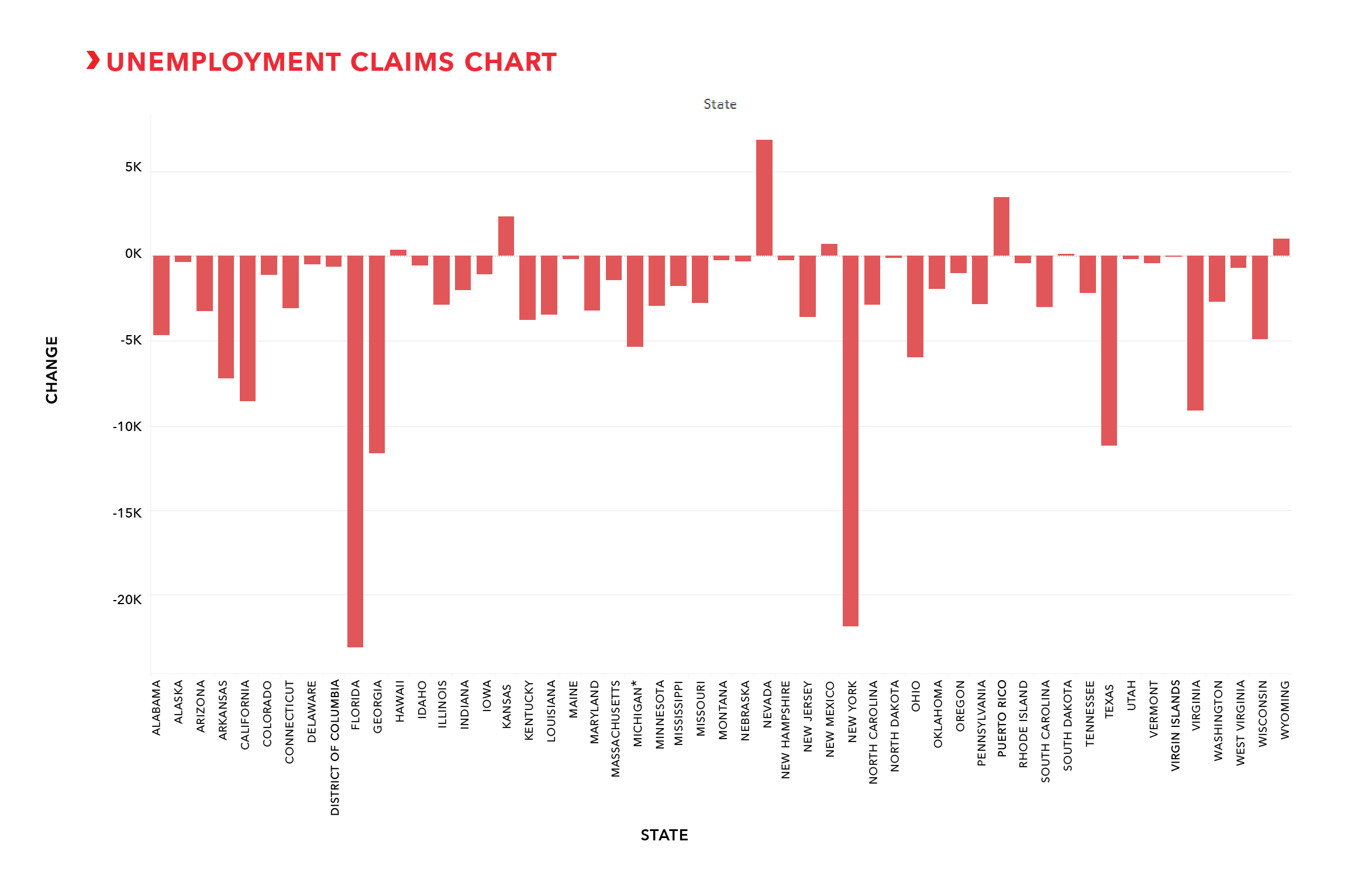 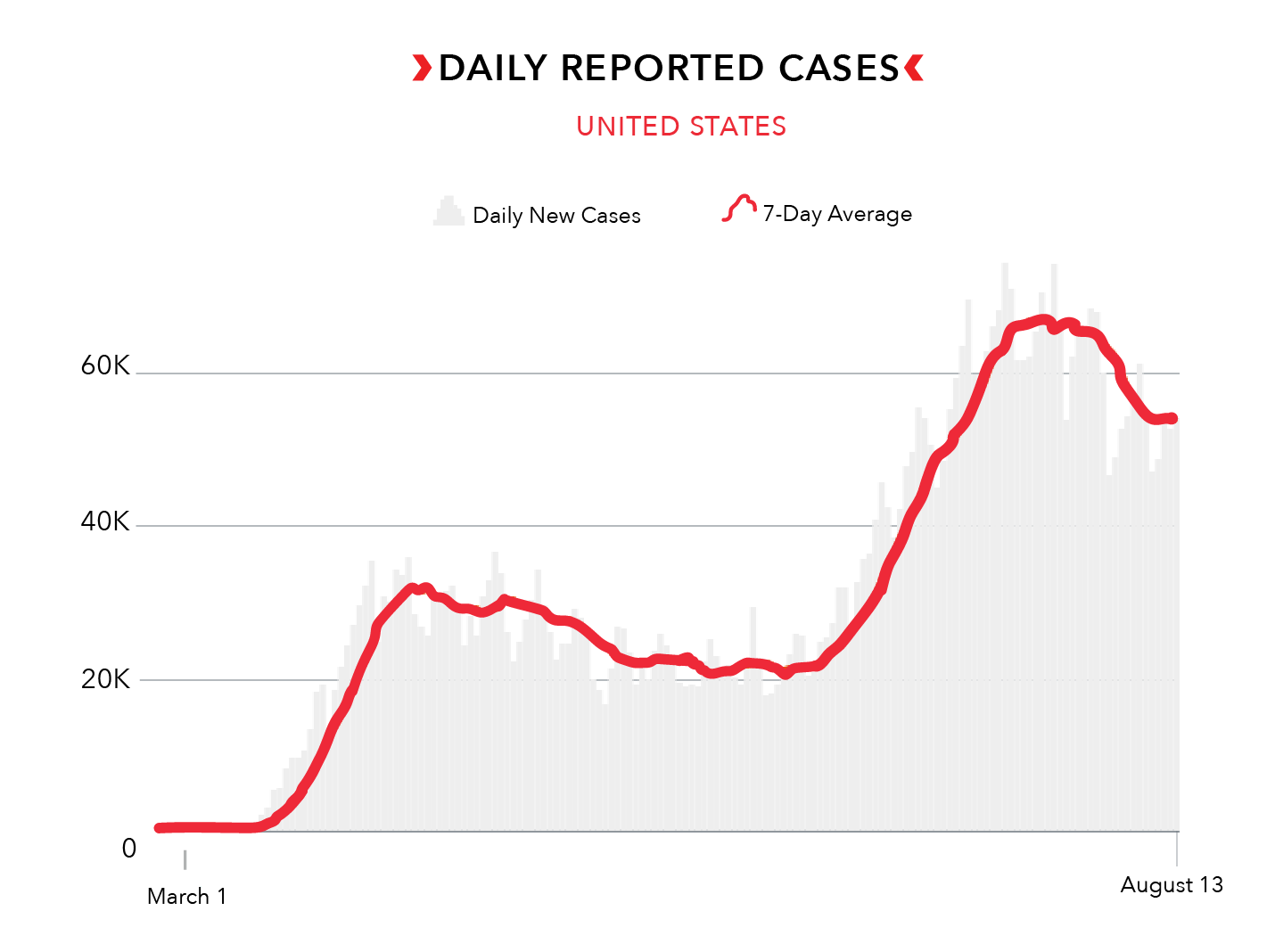 Listed below are the statistics, as of the week ending August 7, for states that are re-opening and have 5,000+ confirmed cases within the state. These figures will change as the states continue to ease their restrictions, meaning next week’s update will most likely show a different picture than the current data. 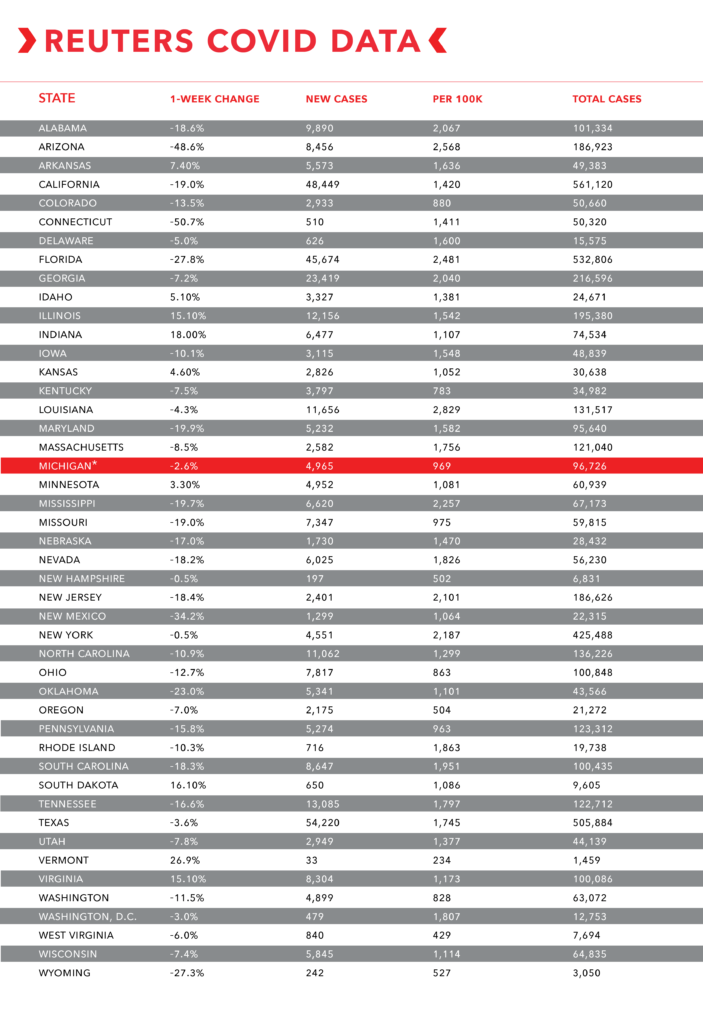 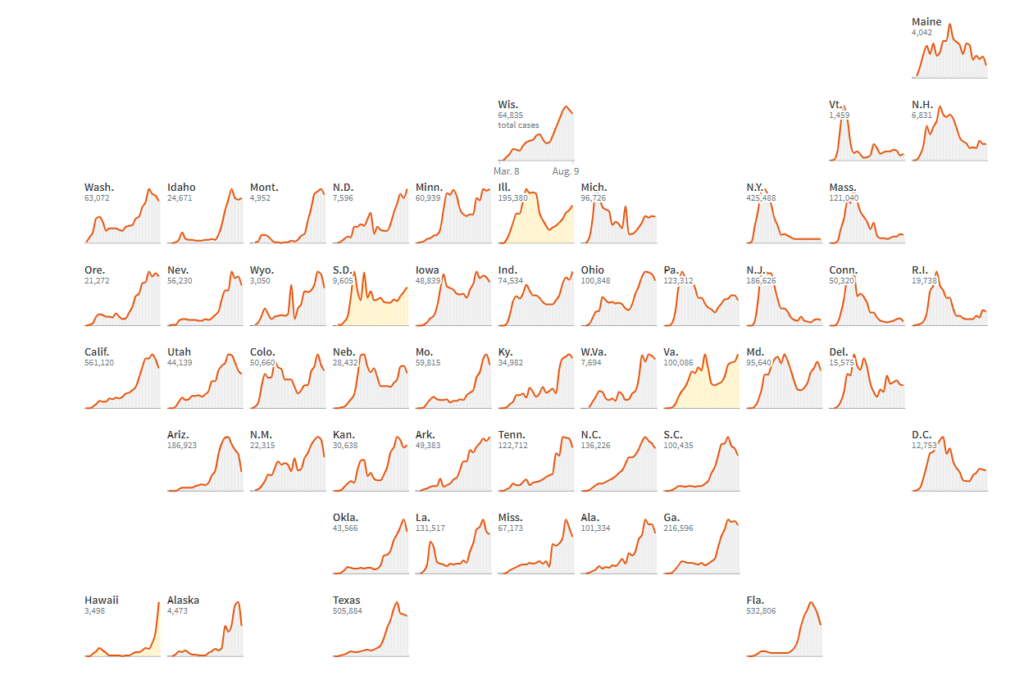