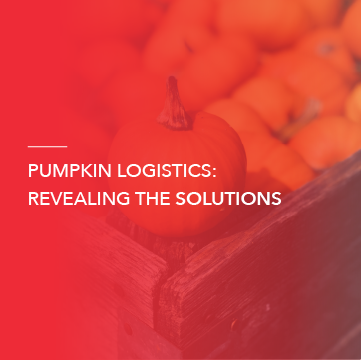 Pumpkins are the heartwarming color and traditional component of fall festivities in the United States. Whether consumers are picking pumpkins at the pumpkin patch or shopping at a local grocery store, many do not consider the logistics required to meet our country’s high demand.

All information can be referenced by Supply Chain, Michigan.Gov, and Truckload Shipping.

When the trucks are fully loaded and ready to ship, the pumpkins are most often sent to a distribution center where they are prepared to be shipped to retail outlets based on demand. As consumers look for new and innovative dishes, FWF projects that the demand for pumpkins will continue to rise as they move into the main stream of produce.

The logistics of pumpkins are important to consider as billions of pounds are harvested each year. During the holiday season, pumpkins are shipped to and from pumpkin farms and distribution centers across the country. FWF solidifies the most vital link in this supply chain by connecting suppliers with consumers across the United States. FWF consults our customers on optimal logistic solutions for their pumpkin shipments and actively takes part in meeting the demands of the produce industry.